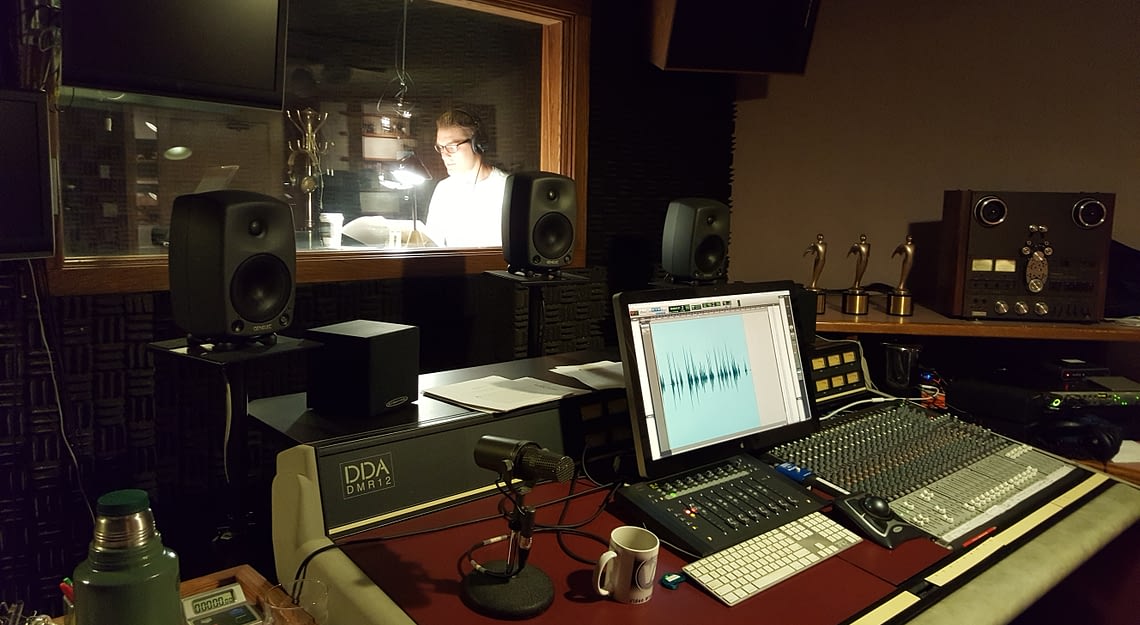 Look at what it took to make this audio book

It might seem like “Video” would be alone in the spotlight when your company has a name like “Video Wisconsin.” But since our early days, center-stage with moving pictures at Video Wisconsin has been high-quality audio. Our commitment to audio production has served not only to support our film and video projects, but also for audio projects which stand on their own. Those projects traditionally included radio spots and multimedia sound. Recently, there’s a been a new player on our production stage: audio books.

“Over the course of the past three years the highest growing segment of publishing are audio books. The global audio book industry is currently evaluated at $3.5 billion dollars and the United States is currently the largest singular market with $1.8 billion dollars in audio sales in 2016 and this was a 31% increase from 2015″. (Michael Kozlowski, 2017)

Video Wisconsin had an opportunity to record motivational speaker, Derek Deprey whose new book is entitled Shift.  In his book, Deprey states:  “Now is the time for you to SHIFT from, “I’m so busy and stressed,” to, “I’m living my ideal life right now.” And it doesn’t even have to be complicated.” (Derek Deprey, 2017) 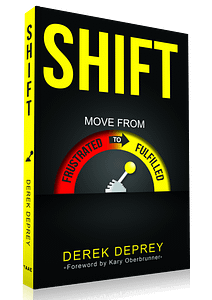 It’s a good read. Er, a good listen!We can see why he is always on tour as a speaker.

So these days, when high-quality audio recording is no further away than the smartphone most people carry in their pocket, you might wonder why anybody would hire an outside company to produce an audio book. Why not just do it at home?

The answer is, not only quality, but consistent quality. Listening to an audio book may seem no more difficult than pressing play, but reality, you’re asking a lot of your listener. The quality, tone and ambience of the final recording will combine in subtle ways to create a listening experience that will not fatigue or annoy your listener, but rather encourage her or him to the one that matters most:

Keep listening!  According to Global Audiobook Trends & Statistics for 201, “They expect that in 2017 the total listening hours will surpass over 10 million”.

Considering some of the production values being incorporated into some of the most popular podcasts, it’s not too difficult to imagine why you might need the tools and expertise of a professional audio suite to produce an audio book. The expectations of your audience are always growing. Video Wisconsin can help you keep up!

Global Audiobook Trends and Statistics for 2017: