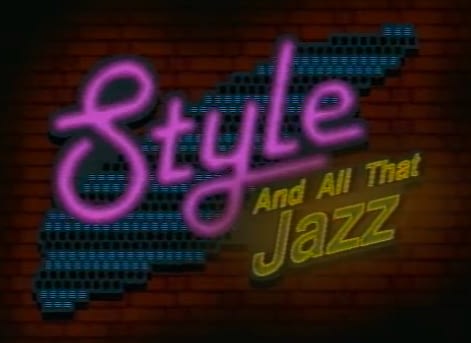 Style and All that Jazz had a secret weapon to bring it from paper to a dynamic video.  The secret weapon, John Willman.  In the very early days of Video Wisconsin, John was the editor that everyone in town wanted to work with…a lot of agencies and big corporations came here to drop $400/hour in post production. It was a time if one wanted to get into the video editing business, one needed a million dollars to get a facility up and running (times sure have changed).  Then, it needed a crafts person to know how to use these tools.  There were no schools to teach editing.  I think the phrase “we’ll fix it in post” was coined by the production crew at Video Wisconsin as we knew John could make those editing decks do anything.  I asked John, who is now living in Florida,  to write up a sequel to my Kohler project….take it away, John.

The team we developed at Video Wisconsin was like no other!  There are seldom places that have a well oiled machine, then you realize it’s all the people who’ve got your back!  Engineers that made the machines work beyond what they were meant to, cinematographers and creative technicians that took video and audio and rolled it out as Art!  But without the fresh ideas and creative clients pushing the envelope it just wasn’t going to happen. KOHLER was a repeat client that had always been on the forefront of design and the producer that interacted with us was respectful of all the talent and technology that Video Wisconsin had under one roof.  I had the fun job of putting it all together.

Video Wisconsin had installed the technological tools but the concepts of “Style and All that Jazz” gave us a blank canvas to create a masterpiece.  The conceptual drawings challenged us all, in every department,
and for most of the development I had a client looking over my shoulder, which made it all the more stressful.   Layers of effects needed to be created one at a time, we couldn’t go back and color correct a scene after it was edited, it had to be done right the first time.

The moving path every faucet made had to be programmed and recorded individually.  Everything needed to be accomplished during the lay down of the initial background, and every layer that went on top.   So the direction of the elements, the flow of the visuals all had to be approved as we were building it.  All the while down the hall they were continuing production, installing 600 pound hot tubs in a set that looked like a luxury spa.  Our producer from KOHLER would run down to approve the correct faucets to shoot, then run back to approve the next scene I was assembling.  It was all happening simultaneously.

Each faucet had to be captured and put in our Graphics Factory.  A still store and Pre-Photoshop stand alone system that could simultaneously send us the alpha channel key along with the image.  I could take the individual still of the image and then move it in 3D space, keyed over a back ground that also had to be combined from elements.

Video has evolved over the years to incredible heights. The hundreds of thousands of dollars worth of tools we used everyday back then have now been replaced with personal workstations that have entire edit rooms and sound studios in one box.  The real time video effects of yesterday, created with ADO (Ampex Digital Optics) have been replaced with rendering, rendering and more rendering.  Today I’ve got a MAC/PC workstation that has a total of 32 cores, each of which has 10 times the power of what we had back in the 80’s. but still…  there are things we could do then that still cannot be accomplished the same way.

This was analog video, each copy, or re-recording of an effect as a background with additional items recorded on top.  Each time you took the video down a generation it lost a little quality.  It got fuzzier and blurrier.   If I exceeded 4 generations it would look like crap.  So I needed to lay down each moving faucet on it’s own layer.  Multiple layers, up to 40 or 50 had to be stacked in your head first, cause you only had 3 VPR-80s and a portable 1-Inch deck to work with.

Previous to working in this video wonderland I worked as a printer at RK Motion Picture Labs.,  I worked in a dark room running A, B, C rolls for dissolves and Key Mats for titling.  So similar to a hold back mat in optical printing, each moving layer had to have it’s own moving matt to cut its way into the video or behind another moving element.

The AMPEX Century switcher we had a total of 7 keyers, so to save on image quality I planned to use every one of them… for each pass.   So the objective I had in my head was how to combine as many elements with the least generation loss.   That meant recording 3 or 4 elements that would play back along with a “live” effect coming from the ADO.  If I couldn’t Luminance Key a layer each of those moving layers had to have it’s own moving key played back from another machine.

Our models back in the studio were being shot on green screens to be placed in a virtual world we would build in the edit suite.  They were shot within wooden frames that were to become street scenes with them looking out windows watching faucets fly by.  Occasionally people would be coming in to look at the morning’s schedule to find me just leaving after a night of compositing a 20 second sequence.

During what I call “The Finale” the producer from KOHLER resigned after headquarters called, telling him they needed to replace the tub they had just installed with a different one.  With the entire crew and talent hanging on by a thread, the tub was replaced and the producer returned to see the job through.  Talk about an eyebrow raising experience.

We were pioneers back then and “Style and All that Jazz” was one of the first elaborate video programs of it’s kind.   Aside from all the trial and error and late night swearing at the machines, it remains as one of the fondest memories I have of working at Video Wisconsin.

Boy what I wouldn’t give to do it all over again.