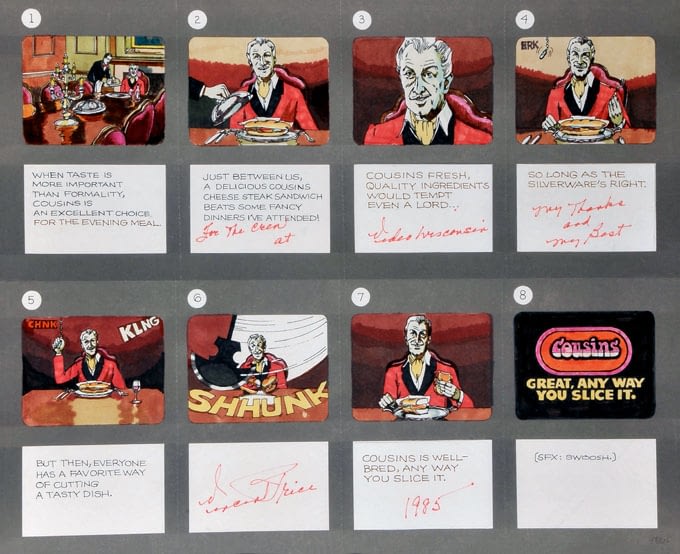 Being back at Video Wisconsin with its wide ranging history has been so much fun. Especially, if you consider all the projects and interesting things that have happened over the years, most of it on the sound stage. The best part about a sound stage is that once the doors closed lots of creative energy and stories begin to unfold. So, I thought I’d start off a blog sharing a brief trip down memory lane with … if these walls could talk.

My mom always thought I’d end up doing something in television as I watched so much of it as a kid, despite her warnings that I’d grow cross-eyed from staring at the “boob tube” so much. You know how mothers are. However, it wasn’t a career I would chose for college, it was a bug that I caught quite by accident. I came to Video Wisconsin in the 80’s as a young producer and one of my first projects was working on a Cousins commercial with the late, well-respected Vincent Price, Master of the low budget horror movie. He was probably before your time but he was on a “reel” roll in the 60’s with “The Pit and the Pendulum,” “The House of Usher” and who could forget the original “The Fly.”

What I remember most about the shoot with Mr. Horror, was walking into my office to tell him we were ready only to find him peacefully sleeping away on my office floor! He was so tall that he couldn’t fit his +6’5” tall frame on the office sofa so he needed a place to straighten out his back. He was a really nice gentleman, the opposite of his on-screen personality. I was happy for his career resurrection after Michael Jackson had him narrate his THRILLER video in 1983. And who could forget that evil laugh that ended the video, pure Vincent … Priceless!

Take a look at the hand-drawn signed storyboard for this project in 1985, when was the last time anyone drew a storyboard.